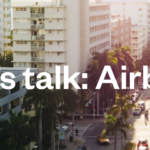 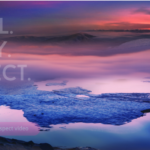 A poster child for the sharing economy, Airbnb is the online platform that allows individuals to rent rooms to visitors from around the world, as an alternative to traditional hotels and B&Bs. But by allowing people to monetise their assets in this way, is the platform a force for good, or does it leave a lot to be desired?

Ari Kestin and Elena Rodriguez Blanco discuss both ends of the spectrum.

Great companies emerge out of value creation; and Airbnb is no exception to that rule. It’s created a service that provides consumers with more choice than they had before. In a competitive landscape, consumer demand is the ultimate decider – surely millions of returning users can’t be wrong. Airbnb gives consumers the ability to access accommodation solutions that might have been previously unavailable or unattainable. Simply put, Airbnb unlocks hidden value, which in-turn has enhanced consumer choice – a result that can only be a force for the good. The value Airbnb creates is not ubiquitous to all. To some, it is a more convenient solution; to others it is a superior experience to existing hotel rooms; and for others it may be a simple choice between expensive and affordable…

It may be the difference between a home-away-from-home, and a lesser enjoyable alternative. Before Airbnb burst onto the scene, consumers had to either accept existing hotel solutions, or use pre-Airbnb home rental options – a process which was either convoluted or simply not possible. Moreover, Airbnb allows homeowners to monetise their assets – something that was not easily possible before. In an ever-challenging employment environment, brought on by globalisation and automation, people will need to depend on new sources of income. Having the ability to monetise one’s skills, knowledge or possessions is one way to make-up the numbers. And as such, Airbnb is accretive here as well.

Some may argue that Airbnb impacts the neighbourhoods where short term rentals are frequent, and a nuisance to nearby residents. However, that is a vast exception to the rule, if at all. In this case, the glass is definitely – and materially – more than half full; any disruption to existing communities is mitigated by the economic expansion to communities that may need it. Others may argue that short term rentals negatively impact the traditional rental market; reducing choice for those looking for long term accommodation – there is little evidence to suggest that this is the case. It might just be another feeble attempt by the incumbents – namely the hotels – to stop the emergence of alternatives to their model. To put this in perspective, let’s consider the alternative scenario: hotels are the disruptive new model. Can you imagine consumers being told to cease the practice of renting from peers, and to be limited to staying in hotels? Would that be acceptable? I believe not.

There are many arguments for and against, yet the negatives barely register compared to the benefits. Consumers are not stupid; they will flock to services that provide them with value.

Back in November 2016, when first I saw ‘social impact experiences’ advertised by Airbnb, I was excited – if not slightly apprehensive – to see such a major player in the travel sector emphasising a more conscious travel experience. As a social entrepreneur myself, I have been working since 2013 to change the way we travel, through founding my own social experiences company, Authenticitys. At first, Airbnb’s move felt like confirmation of the vision I’ve long had for the travel sector; one which emphasises responsibility and impact through action. But things changed quickly. In February 2017, Airbnb contacted our carefully chosen Authenticitys partners in Barcelona – one of Airbnb’s most popular cities –and invited them to its ‘new experiences’ platform. The social impact experiences we had spent multiple years curating, co-designing and measuring impact for, were now Airbnb’s too.

This is a symptom of the larger issue at hand: Airbnb’s growth-at-all-costs way of doing business is having damaging effect on cities like Barcelona in areas like gentrification, the housing market, and local culture. What’s worse is that Airbnb is pursuing this strategy while still benefiting from its reputation of being a founding member of the so-called ‘sharing economy.’

To this day, most people associate Airbnb as an online platform that allows you to rent an extra room in a local’s flat or home, or stay there while the owner is out of town. While that core idea was indeed founded on the basis of ‘sharing’– the current reality is far different. There are 17,000 properties to rent in Barcelona alone, on Airbnb’s platform. By some estimates, up to half of these are not residences that locals are renting out or ‘sharing.’ They are strictly tourist properties where commercial management companies are interfacing with guests. That is capitalism masked as sharing – pure and simple. Much has been written about the deleterious effect this is having on the housing market in cities from New York, to LA to Paris. In Barcelona, I’ve seen the effects first hand. Once bustling areas of the city, like Born, have turned into disneylandias deshabitadas – or uninhabited Disneylands – where locals rarely step foot as they are overrun by out-of-towners; and basic services for locals, such as supermarkets, and pharmacies, are being replaced with tourist traps.

I believe the ‘how’ of business is more important now than ever. As someone who truly believes in the power of travel to change how we experience and engage with our world, it’s deeply disheartening to see a massive company use the ethos and language of ‘social impact experiences’ –a phrase my company actually coined –while not adhering to the values that conscious travel requires.

Watching Airbnb scale as quickly as it did with its social impact experiences in Barcelona – without testing the positive impact of the partners it is taking on – makes me gravely question its commitment to this ‘how’. As conscious travellers, I think we must demand better, and not allow Airbnb to hide behind its humble sharing economy beginnings.

Here you can have an idea about the evolution of Airbnb in Barcelona since 2009 until now: http://www.dwarshuis.com/various/airbnb/barcelona